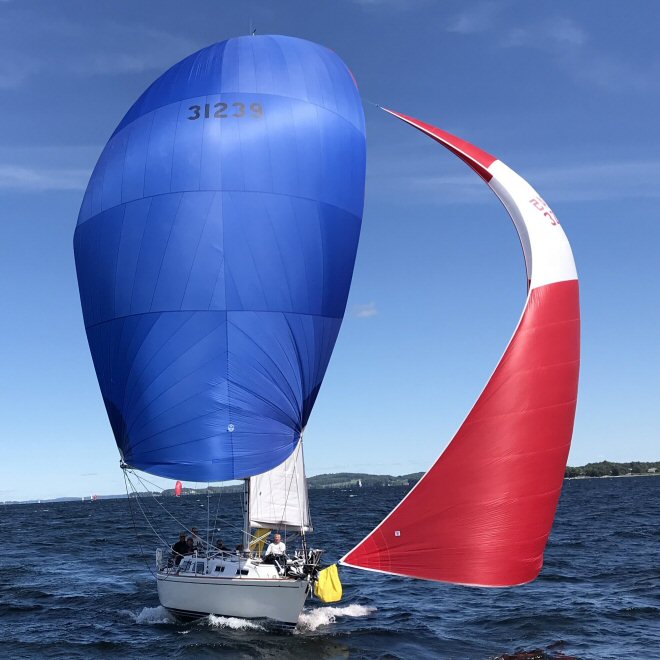 At the November 20, 2021, Central Council reviewed the use of bloopers and approved a ban on their use for regular racing.

Item 4d is recorded as follows:

d) Bloopers - Owen Schneider
See Owens document on proposal for a new Blooper rule.
Motion to ban them for regular PHRF-LO racing. M/S: Owen/Adam. Carried.
Action: communicated at the AGM & via the Newsletter.

Owen Schneider documents was as follows:

Suggested Wording for PHRF-LO on Bloopers

Definition – A blooper is a headsail used in conjunction with a symmetrical spinnaker (it can also be called a - Reaching Staysaill or Tallboy) and flown from a position at J or less than J, with a halyard, sheets and is not attached along the luff of the sail to the forestay. (See image – Red / White Sail)

X.XX – Bloopers
Bloopers are prohibited. When a spinnaker is set, no jib shall be tacked in such a way as to permit the luff the sail to lie outside of the spinnaker or spinnaker sheet.

X.XX.04 - The tack point of the blooper must be at or behind J, and may not utilize a retrofitted point.