Congratulations to all the winners of the 1st PHRF-LO Chapman Season Championship & New Racer Awards!

PHRF-LO 2018 Awards were presented at the Toronto International Boat Show on Saturday 19 January, the frigid storm blast prevented many award winners from attending. 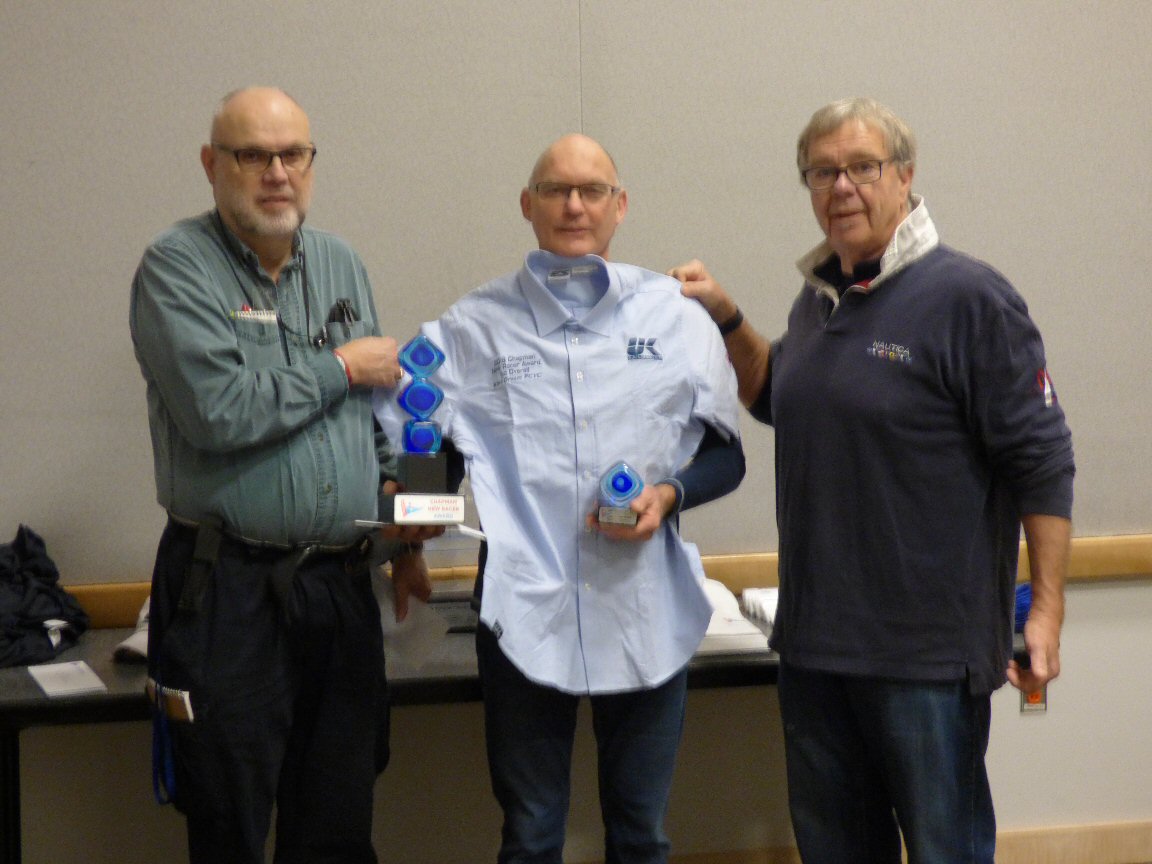 The New Racer Award is for novice racing sailors to encourage them to participate in as many races as they choose and continue their involvement in competitive sailing. Roger had the best novice racing performance based on 2018 PHRF-LO race analysis results. The PHRF-LO Chapman New Racer Award will be displayed at the Port Credit Yacht Club for the 2019 season.

Additionally recognized were the best performing new racers in each of the other 5 Districts: